Lo and behold! Samsung’s Galaxy Note 9 is here! Many have been impatiently waiting for the official unveiling of this phone. Find out everything about the new Galaxy Note 9 right here! Discover why there has been so much craze for this smartphone. The fact that Samsung makes amazing phones is not a hidden secret but when it comes to Galaxy Note 9, it seems as if they have done their level best in every possible area to make the phone super enticing. Holding one will make you feel as if you are on the highest peak on this planet! There are so many exciting features to look forward to that you won’t be able to contain your happiness.

Samsung has used the Infinity Display on Galaxy Note 9 and it is a good 6.4 inches long. Till date, the company has never made a display as large as this one. So, that is a major plus! Additionally, the screen of this phone is a deeper black when compared to other handsets from the same company. This gives the phone an aesthetic appeal as the display blends really well with the bezels when the smartphone is switched off.

The frame of the smartphone is in itself a feature to go crazy for! They have used something called die-cutting and there is a combination of glossy and matte finishes that take the look of the phone a notch higher. One look at the phone is enough to get you mesmerized.

The smartphone has the best-in-class technology to offer. It has an unbelievable amount of RAM, a huge battery, and the latest processor to boast of. Must see our list of best apps for Samsung Galaxy Note 9.

The operating system has Android 8.1 Oreo and a Qualcomm Snapdragon 845 processor. It has two different versions when it comes to storage, one with a 6GB RAM and 125GB storage and another with an 8GB RAM and 512GB storage. Both, of course, are priced differently. You can always expand the storage using a MicroSD card!

The camera uses the same hardware as the one in Samsung Galaxy S9+. Galaxy Note 9 has a dual-camera setup. It has a 12MP wide-angle sensor with f/1.5 and f/2.4 dual aperture and a 12MP telephoto sensor with f/2.4 aperture at its back. To shoot selfies you have an 8MP camera! Sounds pretty good for someone who loves clicking photos! This smartphone has AI-power software that is able to find out the flaws in the photos clicked by you.

There are plenty of camera modes along with the much in demand Bokeh effect. The quality of the images clicked by Note 9 is unbeatable even in low light conditions. Therefore, it has been crowned as the best camera phone available in the market. You can also shoot slow-motion video with this camera. To do even more, you could root your Galaxy Note 9 and achieve Zeuse-like privileges on your phone.

Talking about the battery, Galaxy Note 9 has the biggest battery in the history of Note devices. The phone boasts of a fast charging 4,000mAh battery which is non-removable. You can retain the charge for a day with moderate usage.

What is new with the S Pen?

The main reason why so many people are going gaga over the Note Series is the S Pen. And this time the S Pen has got a huge upgrade. This is the first time Samsung has added Bluetooth Low Energy to it which allows you to control the phone even if it is kept away from you! For example, you can use the S Pen and its button to close your camera, be able to go through your presentations and do a lot more stuff like playing videos.

This is also the first S pen to have a battery of its own and that means it needs to be charged. However, the best part is that it gets charged seamlessly when it is stored inside the smartphone, isn’t that great! Just place the S Pen inside the phone and you are sorted!

What are the color options?

Samsung has always been providing you with a great variety of colors. This time around too it is doing the same! In the US, you will be able to get your hands on Ocean Blue and Lavender Purple. However, the rest of the world will get Metallic Copper and Midnight Black.

How to get the brand new Galaxy Note 9?

Are you eager to own a Galaxy Note 9? When a phone has such humongous features, anybody would want to be a proud owner of this smartphone. You can get one in the US for a starting price of $999.99 for the 128GB version. The 512GB version is for $1249.99.

The phone can be purchased from Best Buy, →Amazon, Samsung’s website and many other carriers. Are you ready to purchase this phone? Samsung Galaxy Note 9 is definitely for someone who loves to have the best things in life. 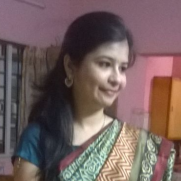 10 Best Apps for Samsung Galaxy S8 and S8 Plus

How to Enter Download Mode on Samsung Galaxy A6s